This section of the Sim-A Forum is for support issues.
Only a few Clear Rules Here:
1. No Rants. Rants will be deleted and the poster contacted. All focus here is to assist in the spreading of information to better assist all Sim-A users. Most of the people helping are not paid employees.
2. Be Polite. We want all Sim-A users to experience the fantastic elements that make Sim-A what it is. Being able to communicate here will allow the info to be the focus.
3. Time. We do not have someone on the Forum 24/7 so please allow members to jump in to help when needed.
4. Most important. This is not a "Issue" forum. If you feel there is an issue then please email support@sim-Avionics.com and Mark will review that. This is a commercial product and erroneous reports do harm.

P3D seems to have limitations as FS did.
Sim A did its job except a twisted magenta route close to the pole (88 N)

Details:
I planned a route from Thule (Greenland) to Alykel (Russia) over the pole.
Simbrief provided all data.
Imported into the FMS no prob.

All went well up to CYLT (Alert airport Canada) at 82 North. Shortly after the external view kept refreshing the same scenery 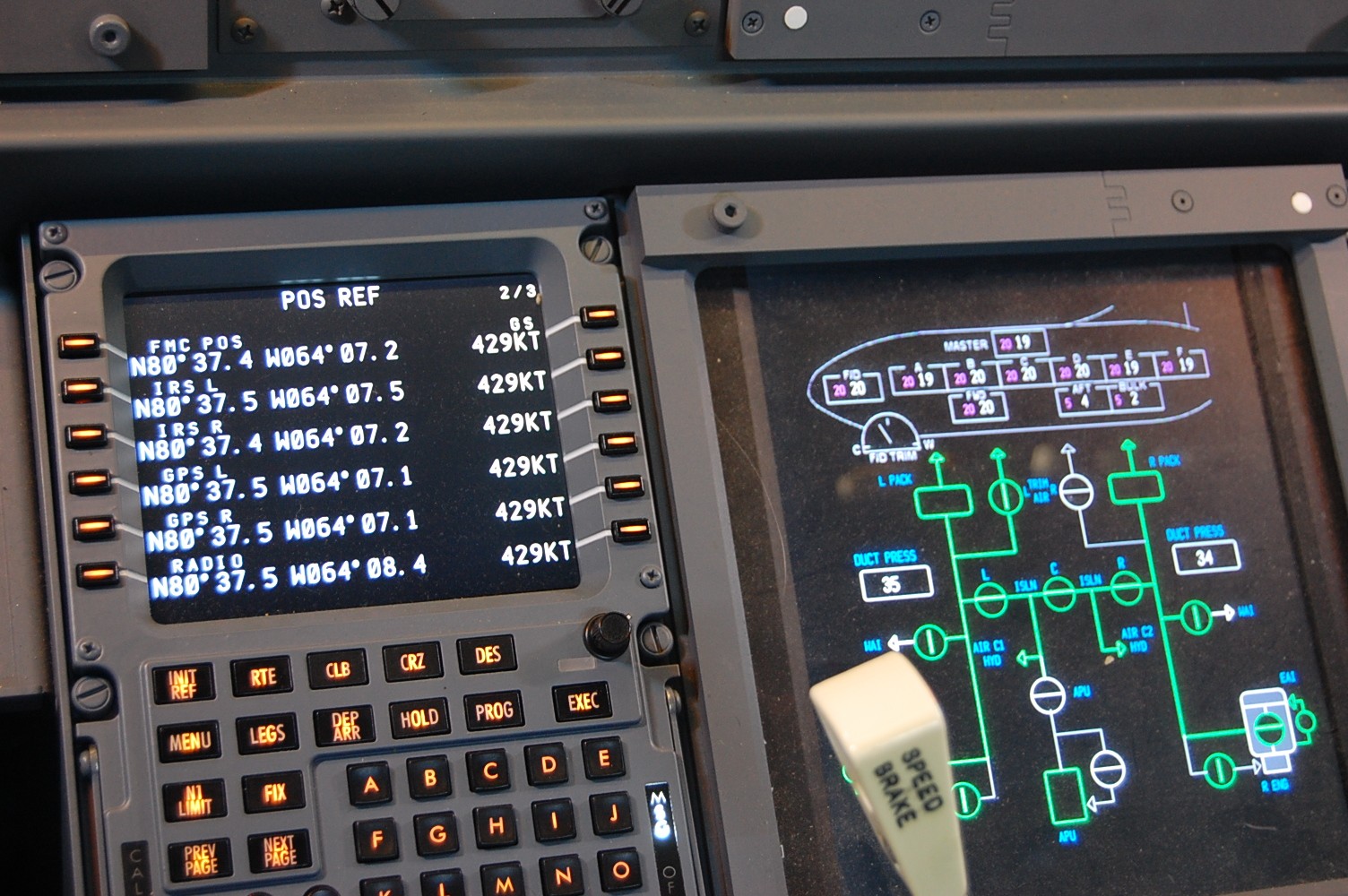 SimA continued though to VNAV quietly
Approaching 88 North the magenta route was distorted and I had to resort to HDG. 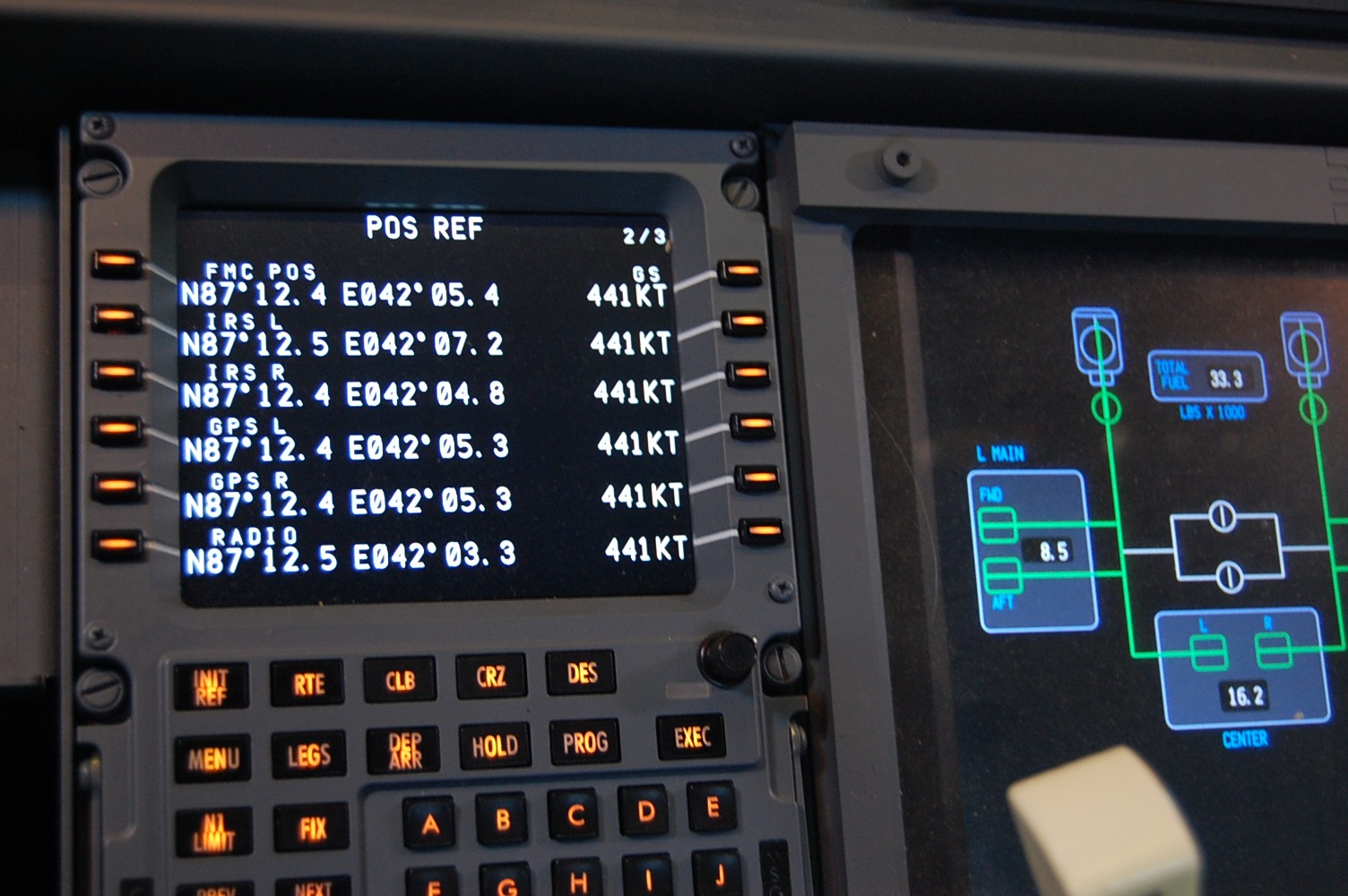 After reaching the tipping point where West turns East, and North lat decreases the scenery came back normal. 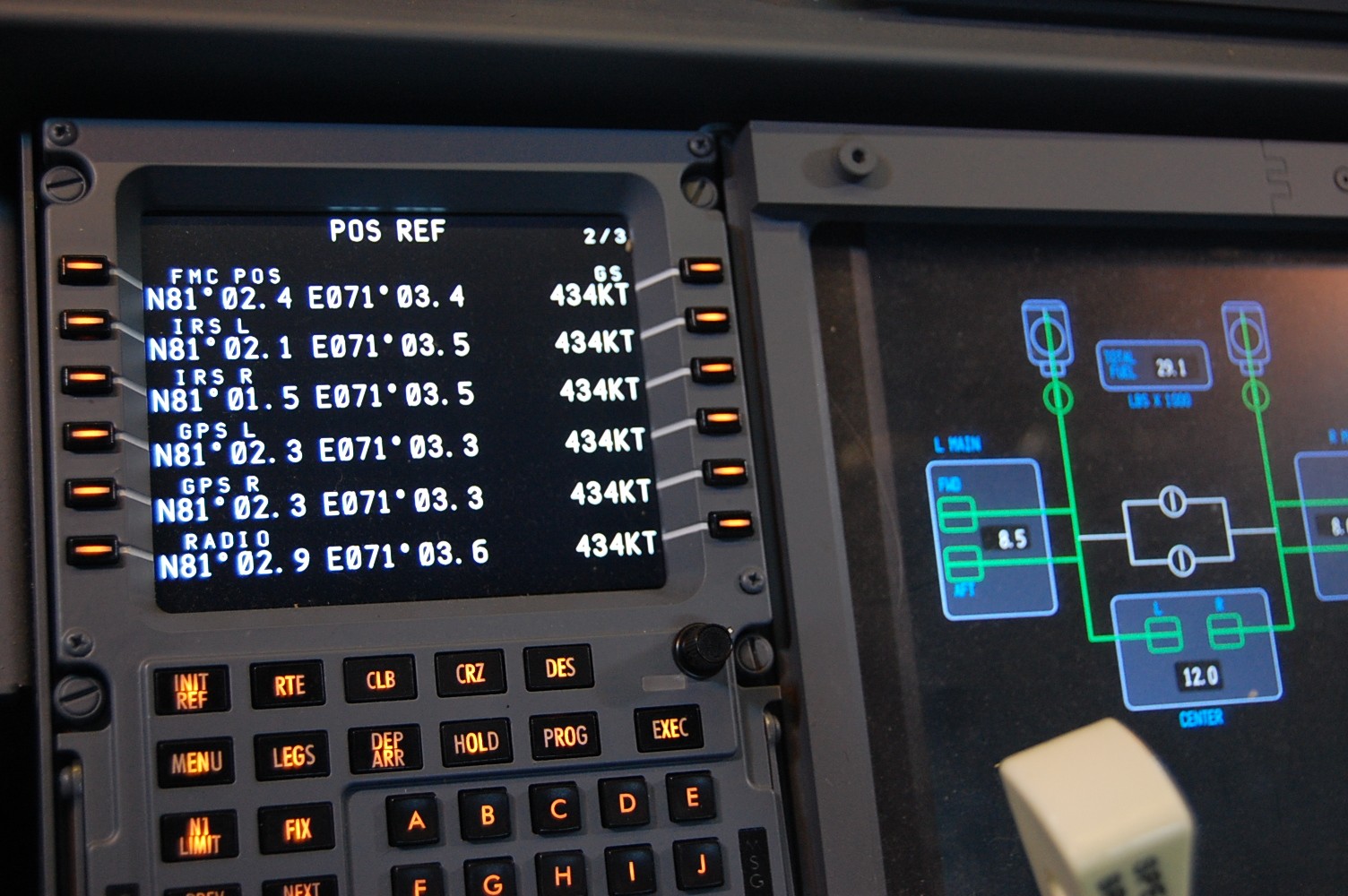 Rest of the flight was uneventful and SimA did a very nice initial NDB approach to RWY 19 which I conducted manually (two NDBs in line so just keeping both blue pointers on top of each other.

Landed and parked in the grass in Russia. 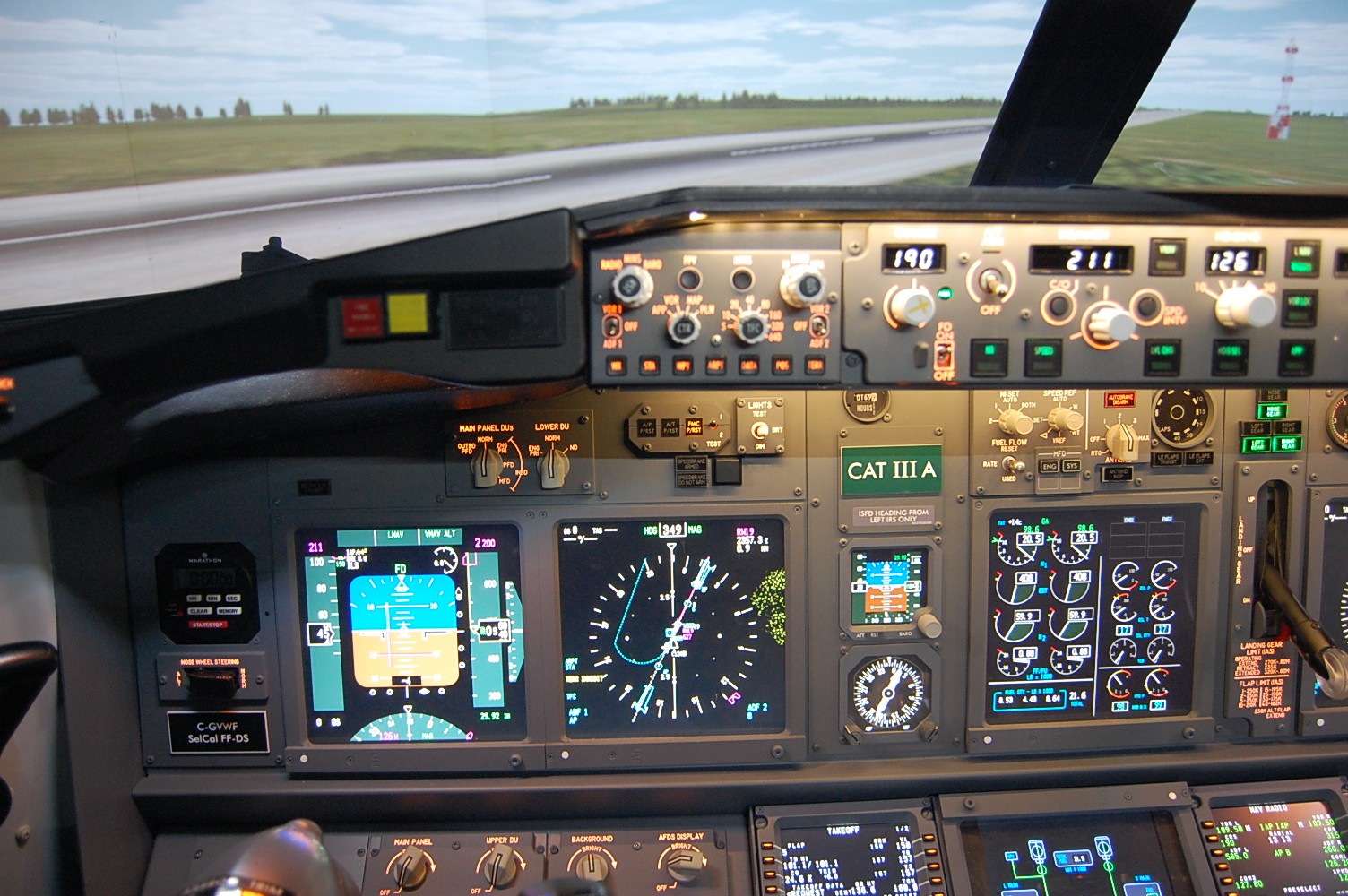 Worth trying, much more challenging than Montreal Boston

It was obviously pondering that thorny problem â€œ if I am standing on the North Pole, which way is South ?â€�.

I just threw that one in for a laugh !
But it is essentially true.
As far as I can tell, FSX & P3D are lat/long based and therefore suffer from the same problem as any other LL based system does at high latitudes, that of meridian convergence which gives high rates of change of longitude and therefore true heading when passing near to the poles, if flying a great circle track.
Variation therefore also changes quickly.
Chris Finn

The simple answer is that the FMCs do it, using software certified for high latitude navigation.
LNAV generates Great Circle tracks between waypoints.
The MagVar database only works up to 76 deg North so the system uses True above this.
The Nav elements of the FMCs constantly calculate present position from a mix of the INUs and the GPSs and weights their inputs in favour of the most accurate ones, usually GPS.
As I navigated in the Doppler, gyro compass and Astro era I canâ€™t add much more.
Rgds
Chris Finn

The flightplan generated with Simbrief was basically a straight line and the magenta route on the ND was too.
It walloed a bit from 98 N to 92 on the downhill side (LNAV to HDG was necessary).
Entering close WPs could help ?
Maybe Mark has a comment

No big deal but it was a kick seeing the Russian coast appear after just a few hours.
ps (love your toast signature!)